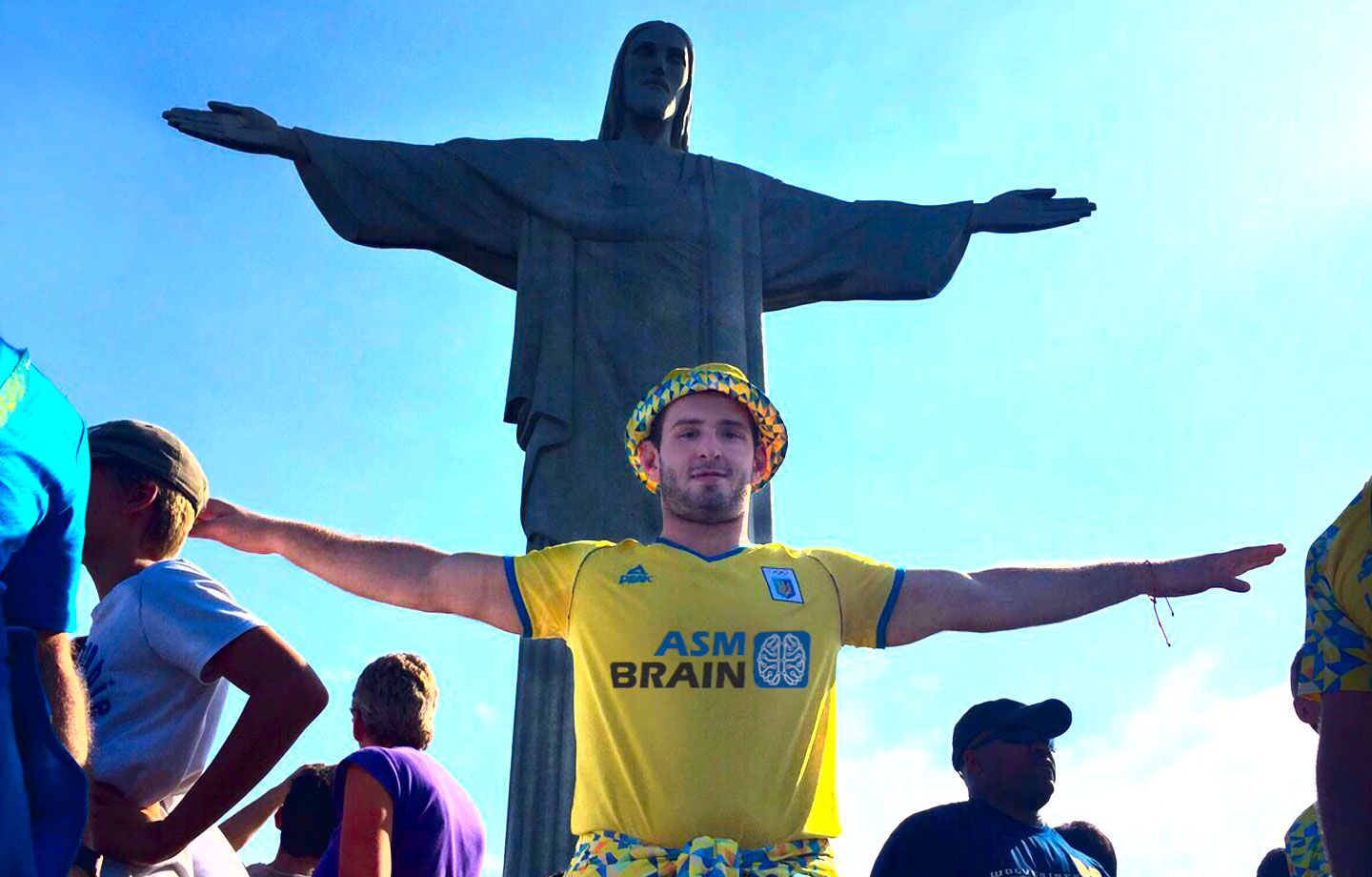 ASM Brain supports our Ukrainian sportsmen at the Olympic Games in Rio! We sincerely wish our team to win medals and surpass their previous achievements in sport! Together with you, we believe in victory!

Nowadays sport takes a special place in lives of many people. Aside from worries about health, sport tempers the character, teaches us to set goals and achieve them. It makes real champions from ordinary people. ASM Brain is one of the leaders of IT-Industry and the sphere of computer developments. Fair and open competition in business arena and winning spirit are fully meet the company's corporate philosophy.

ASM Brain pays special attention to popularization of sport and healthy lifestyle. Professional sport is more than ordinary physical exercises. It is health of the nation and country's respect in the international arena. Despite the fact that in recent years political and economic situation in the country is experiencing far not the best times, and youth and children's sports is developing with difficulty, our company makes every effort to contribute the sport future of Ukraine and support it. ASM Brain is confident that business-support of sport will help our country to attain sporting glory on the world stage.

Murazi Mchedlidze is a worthy representative of the Ukrainian sport. In his 22s Murazi is an international master of sports of Ukraine in freestyle wrestling, winner of many international "A" class tournaments, two-time medalist of Europe. From his earliest years the future European champion showed makings and character of a winner. This is largely thanks to his father - Guram Mchedlidze, famous wrestler in the past, who is now training young Ukrainian champions, including Murazi. Strong family tradition and his father's teachings are helping the young man to conquer new sport peaks. For the first time young sportsman loudly declared itself in 2011, in Warsaw. There has passed the European Wrestling Championship, where Murazi Mchedlidze won the 3rd place in weight category up to 85 kg. In 2013 the the Ukrainian goes to Youth European Championship, where he wins the "silver" for his country. A year later Murazi becomes European champion in freestyle wrestling among juniors. 2016 was one of the most exciting in career of the Ukrainian wrestler. In February Mchedlidze became the champion of Ukraine in freestyle wrestling among adults. And in late July Murazi Mchedlidze gets into the final application of the Ukrainian freestyle wrestling team to the Olympic Games 2016 in Rio.

ASM Brain is proud to be supporting Murazi Mchedlidze. The company continues to follow closely his progress in future, and also wishes the young sportsman the highest awards and great victories at local and international arenas!